Martha Falkenberg, her daughter Ingrid Koch, and grandson Cameron Koch (of Cactus Communications) are loyal Health Foundation supporters. Martha has been an annual donor for 19 years! They have a family rich in healthcare workers, understand the importance of good health, and have been impacted greatly by local healthcare.

Born in the Ukraine in 1933, Martha was forced to flee to Poland during WWII. She has childhood memories of travelling on wagon trains, surviving with her family through bombings, begging for food, and finally settling in Northern Germany.

Martha met her husband in 1948 while riding her bike to work as a farm hand. She fell and was assisted by a handsome young man. Alfred had recently arrived in Germany following his time as prisoner of war in Siberia; he was captured at 18-years old due to his German lineage. His jobs in the camp included feeding pigs and removing bodies from the trains. Out of starvation, he sometimes ate the pig feed to survive. Alfred’s mother was able to secure his release to Northern Germany after he wrote her a letter on a plastic bag. It was a miracle the letter found its way to her.

In 1951, Martha & Alfred were desperate to escape war-torn Europe and immigrate to America.  However, Martha was not yet 18, and her mother would not sign the required paperwork. They decided to marry and leave for a better life abroad, joining her brother in Canada. The trip across the Atlantic has left a permanent mark on Martha, to this day she favours being on land, and avoids boats and ships.

They had a very lean first year in Canada. Their passage from Germany to the Canadian prairies was sponsored by the Lutheran church, who paid $600 on their behalf. Arriving in Halifax, they took a train to Yorkton to meet up with Martha’s brother. In 1952 they followed her brother again, and moved further west, settled in Medicine Hat and began working as a ranch hand. This year (2022) will be the 70th anniversary of Martha’s arrival to our community!

In 1980 Alfred came to work in the Medicine Hat Regional Hospital housekeeping department. He retired in 1993, and his health began to fail due to kidney and eye problems, and eventually Alzheimer’s. Alfred passed away in 2005.

This period of time in Martha’s life showed her how important our community healthcare facilities are. She began to regularly donate to the Health Foundation.

Ingrid, their only daughter, is a force to be reckoned with! In 1994 she went into business with her brother and a silent partner, opening Cactus Communications in Medicine Hat. At the time they specialized in two-way radios during the infancy of cellular.  Their new business won Alberta Small Business of the Year in 1996! Shortly thereafter Ingrid became sole owner and also won an award in 2008 as a top 10 radio dealer in Canada! She laughs thinking back as to how good TELUS was to her at the time as one of the only dealerships in Medicine Hat.

Ingrid’s husband Donald, a carpenter, was diagnosed with cancer in 2005. In the wake of Donald’s passing in 2012, Ingrid became an avid supporter of cancer and hospital related causes following in her mother’s footsteps.

In 2016 Ingrid stepped down from Cactus, leaving her son Cameron and nephew Taylor in charge. The family’s proud tradition to healthcare philanthropy continues as Cactus became a sponsor of the Medicine Hat Regional Hospital’s emergency department in 2021.

Martha and Ingrid now live next door to each other. They bake, walk, and holiday together as best friends. They are part of the local chapter of the TELUS Community Ambassadors where they do wonderful work in our community. Martha, now 88 years young, is still as smart as a whip and is proudly pictured with her TELUS Ambassador Club Award for her dedication in making “knitted knockers,” as well as blankets and more for patients and seniors. 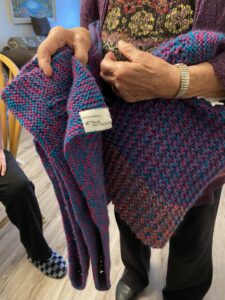 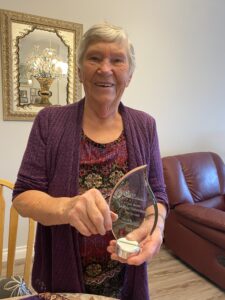 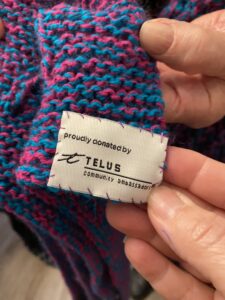 The Health Foundation would like to thank the Falkenberg & Koch families for everything they do to support local healthcare in southeastern Alberta and for sharing their story with us!