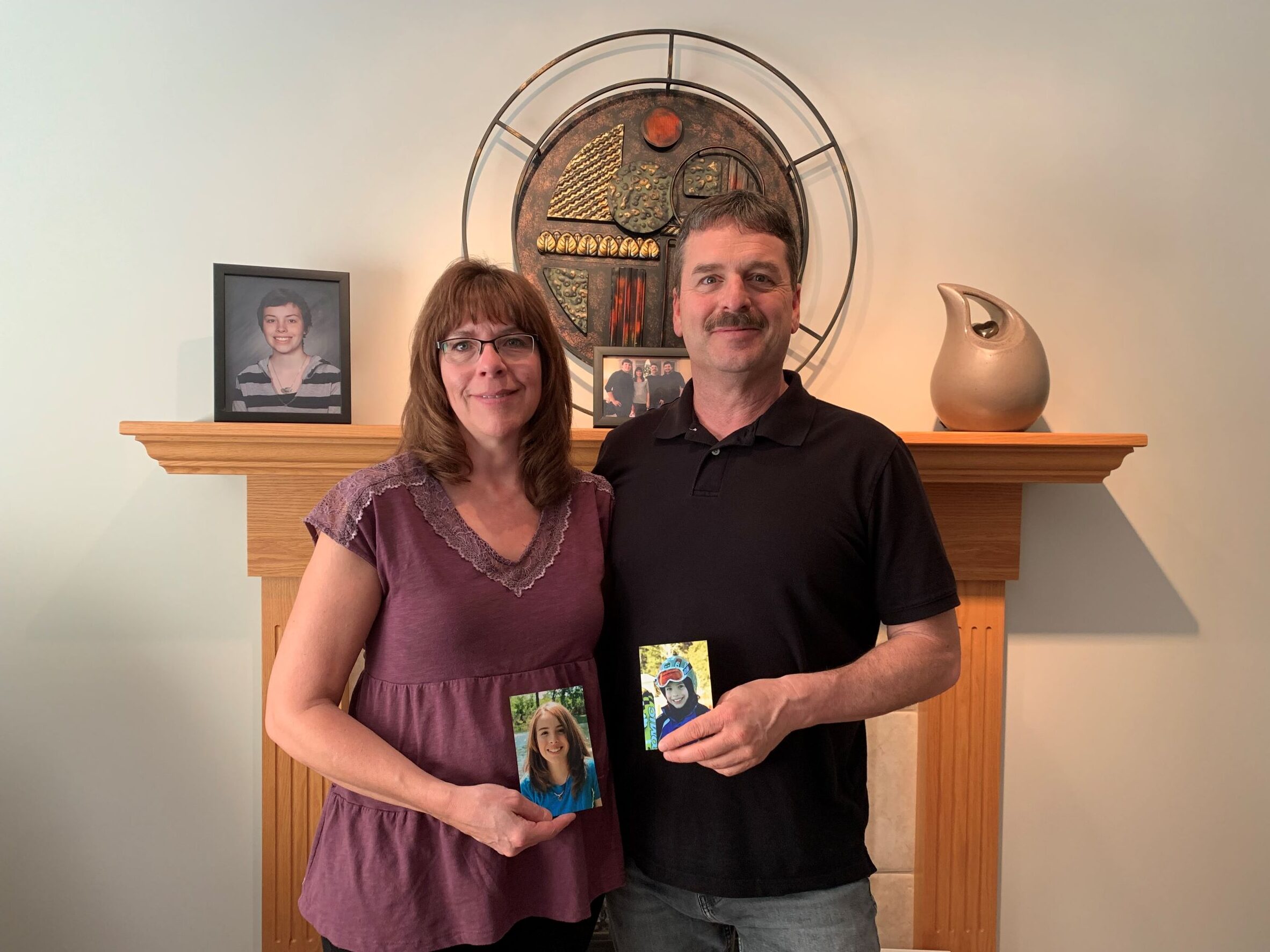 Holly & Bruce Layton welcomed their third child, Jaylyn, on December 5, 1998. The only girl, she was the apple of her father’s eye. Jaylyn, a happy and healthy child, was involved in everything from dirt biking to skiing, skateboarding, and music.

In June 2012, Jaylyn developed a charley horse in her leg that felt like a lump. Following a visit to her family doctor, a biopsy, and visits to the Alberta Children’s Hospital (ACH), the family quickly received a diagnosis of osteosarcoma (the same cancer Terry Fox had). Her healthcare team and family were very hopeful that with surgery and chemo treatments, she would be okay.

Jaylyn endured a difficult 12-hour surgery to remove part of her femur, replacing it with part of her tibia, a donor bone, and a rod. After a year of chemo treatments, she went into remission and learned to walk again. She was able to maintain straight A’s while taking classes by correspondence. Upon returning to Medicine Hat, Jaylyn was happy to be able to return to McCoy for part of her grade 10 year.

For a short while, she appeared to be cancer-free. However, a few months later a routine CT scan showed spots on her lung, resulting in three surgeries to remove the lobes. Each time her cancer would return, eventually showing up in her other lung and the same leg which had originally undergone surgery.

Jaylyn maintained a positive attitude and will to fight.

In December 2013, Jaylyn’s healthcare team advised the family her cancer was terminal. A devastating diagnosis. The Children’s Make-A-Wish foundation sent the Layton family to Hawaii for an early Christmas vacation. Following their return, Jaylyn spent the winter at home with her family constantly by her side. Both the City of Medicine Hat (Bruce’s employer) and South Country Co-op (Holly’s employer) were supportive and helpful during this time.

On June 1st, her doctor advised the family her time was coming to an end. Jaylyn passed that same day.

South Country Co-op wanted to create a legacy in memory of Jaylyn. In March 2022, the team assembled 300 “Jaylyn Layton Comfort Kits.” In each bag is a teddy bear wearing Jaylyn’s favourite color, orange, a blanket, an activity book, crayons, and a card with her story. The kits will comfort sick children admitted to the Medicine Hat Regional Hospital for many months to come.

The nurses have reported that these kits are truly making a difference and are appreciated by all!