In every organization, there are people who have been around as long as anyone can remember, helping others achieve great outcomes for decades. Betty Anderson is one of those people.

Betty retired this year after walking the halls of Medicine Hat Regional Hospital for 45 years! Many MHRH staff members may not have known what her role was, but they would see her in the elevators and hallways, as her role involved walking 3-5 kilometers daily. She would always stop and say ‘hi’ to those passing by.

Betty’s history with the hospital started early in her life; she was born in the original Medicine Hat Hospital near the police station. She began her healthcare career in Housekeeping in 1977, and in 1984 she applied to become a Laboratory Service Worker & Pathology Assistant. Inspired by a family member in Vancouver working as a Pathology Assistant, she figured “If he could do that job – so could I!” With plenty of on-the-job training, Betty became an invaluable part of the department over the next decade.

She would help with autopsies, specimen photography, and delivery of hundreds of thousands of slides and photos to the appropriate doctors. She also became the hospital’s medical photographer and photographed thousands of cases on various wards. During her career, she has worked in various pathology assistant positions.

While working in the morgue in the 1980s, she helped gather data for the Alberta government regarding the number of fatalities caused by vehicle accidents while the government debated mandating seatbelts. In the late 1990s, as the volume of autopsies decreased, Betty started performing endoscopy grossings (inspecting specimens). This change meant Betty had to go from handwriting all her notes to recording dictations on tape, and finally learning to use specialized medical software on lab computers (which took some dedicated effort, but she’s glad she did). Her ability to adapt and change to new duties was commendable – her tenacity inspired her coworkers.

Betty loved working with her colleagues and meeting new people. The lab was their own little family taking care of each other. During the flooding of June 2013, Betty’s home was affected. She is forever grateful to her colleagues for coming to help her move her stuff to safety. They also raised funds and donations to assist with costs due to her displacement and renovations resulting from the aftermath.

In 2022, Betty decided it was time to hang up her scrubs and retire. She loves her job, the people, and the environment; however the physicality of the work was starting to become too much. The lab staff gave her a wonderful send-off in April, both at the hospital and off-site, where many staff members were able to wish her a wonderful retirement.

We wish Betty a well-deserved retirement! 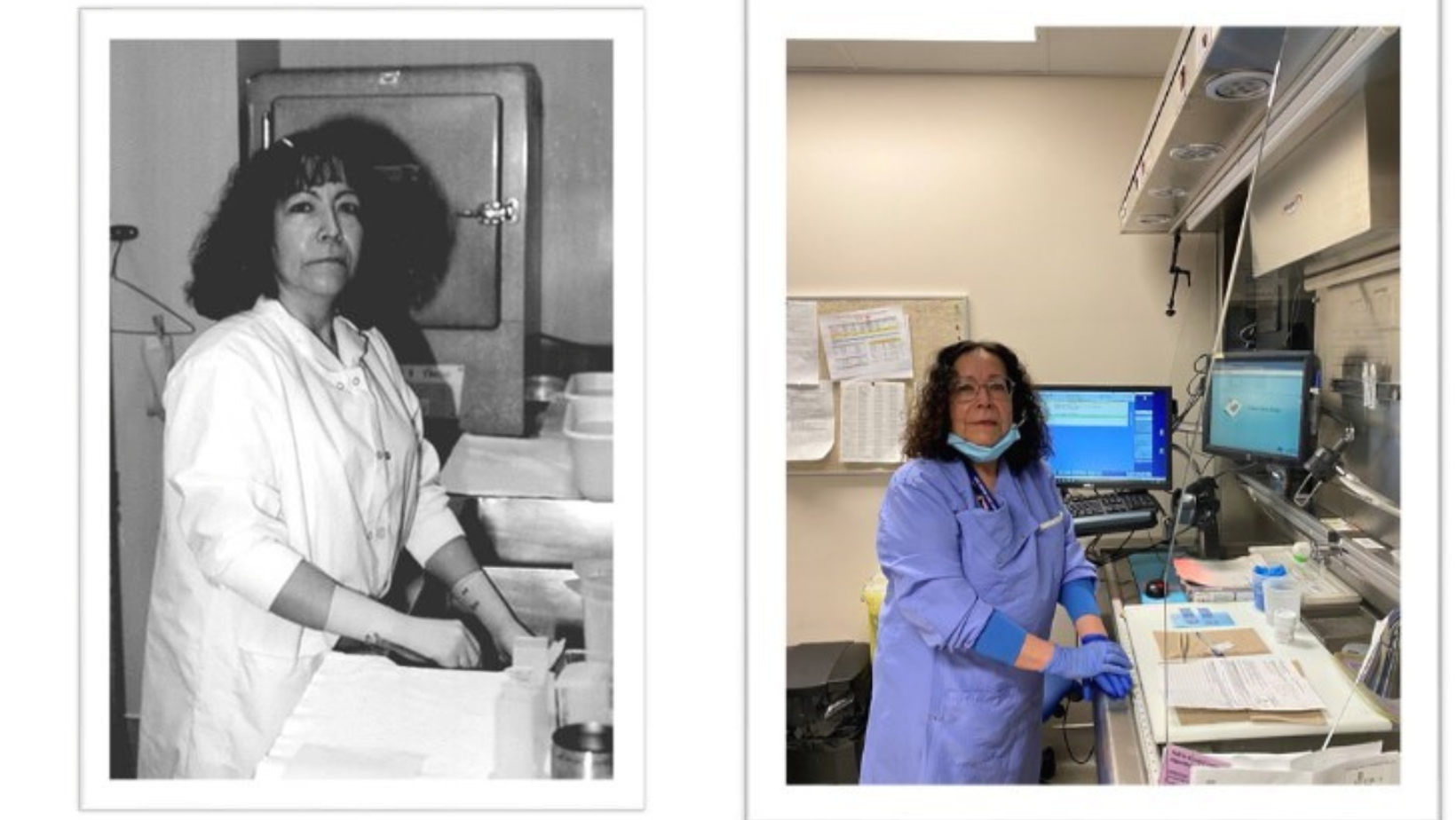 “I would say working in the lab really fashioned my life, and the hours – Monday to Friday, weekends off – allowed me to pursue my hobbies and interests and give back to the community.

Goodbye – thanks for everything! It’s not enough to even gauge how grateful I am to have worked with all the wonderful people in the lab, as well as the numerous other departments we associate with.”